First of all, because it is a platform with a rich history and a very stable foundation. There are already over 160,000 clients using Business Central in 195 countries around the world. And it’s the ideal system for rental companies as well! Plus, Offimac is an expert in Business Central rental management software thanks to 40 years of experience, an ISO-based approach, and Microsoft-certified solutions.

The package started under the name Navision

A local software player in Denmark called Navision became a European success with the Navision Financials software package originally aimed at small and medium-sized enterprises. It had a number of unique features and was highly innovative. The package made its major international breakthrough due to the Y2K problems.

Offimac, which specialises in rental, among other things, also became a seller of Navision in 1996.

Even Microsoft noticed Navision’s success because Navision was built on Microsoft technology. Plus, it was in a market that Microsoft was not in at the time. Navision was originally an accounting package. But new modules were added year after year, changing it into a comprehensive ERP package for SMEs. Microsoft acquired Navision in 2002 in order to immediately set foot in the world of business software. And so began the story of Microsoft Dynamics and the Offimac Business Central rental management software.

Since Offimac was among the early Navision partners, it has a lot of expertise in this software in-house.

Microsoft helped Navision grow significantly, and Offimac grew along with it.

Navision has been expanded many times since that period and has undergone a few name changes, too. But most importantly, the package has grown strongly since then as well. It is now the global market leader in administrative software for SMEs. Navision continues to be very innovative and progressive. After all, it’s also building in new technologies like artificial intelligence and other applications.

Today, this package is called Business Central software, although it’s still often referred to as Navision software because it’s simply a very well-known brand, even though the software itself has been completely new – technologically speaking – since 2009.

What exactly is Microsoft Dynamics 365?

It’s the name of a Microsoft division. And products.

Dynamics 365 is Microsoft’s new business software division. This software often used to be described as ERP or CRM and was quite delineated. But because ERP and CRM were becoming increasingly interrelated, Microsoft opted for a new name, which is how Microsoft Dynamics 365 came out on top. It’s business software that creates dynamics. And links to Office 365.

ERP is the abbreviation of ‘Enterprise Resource Planning’ and its purpose is to automate every department of your company and ensure that a single software system controls all of the processes in your company. Unlike CRM, ERP software covers all departments. ERP software contains numerous modules such as purchase, sales, production, and much more. But these modules exchanged information with each other precisely because they are also interconnected. Clients sometimes also found the fact that ERP software also includes CRM modules to be very confusing and often couldn’t see the forest for the trees…

So Microsoft decided it was time for a commercial renovation – time for a solution that no longer thinks in boxes. And thus, Business Central came into being.

A high number of companies, from small to large, use Microsoft Office 365 on a daily basis; you yourself probably use Outlook, Word, and/or Excel every day. Because everyone knows this software, which is why  Dynamics 365 Business Central stands for the transition from Office 365 into business software.

Microsoft’s Business Central offers the same ease of use as Office 365. It wants to help clients transition from Office 365 into more in the same very familiar and recognisable way. Just consider of your own accounting package, for example.

Microsoft Dynamics 365 Business Central rental management software in the cloud is a solution that runs on the Azure cloud servers at Microsoft. It is standardised software that has been set up in advance, which makes the transition from Office 365 very easy. This package is  primarily aimed at start-ups and small businesses, as well as the younger generation for which digital is quite normal. This generation also expects to be able to work with smartphones, the cloud, and apps. The cloud version version is available in three formulas, each allowing you to add a little more functionality to the solution. As you grow, you can also easily switch to a higher formula such as on-premise. It is mainly standard software that is not intended for customisation.

On-premise = cloud or local; can be composed flexibly according to the client’s wishes

There is also Business Central rental management software in the on-premise version, which is the existing NAV or Navision as from 2019. Business Central on-premise itself is extremely stable software used by 160,000 clients in 195 countries with many partners, clients, and vertical industry solutions. Moreover, it can be used locally or in the cloud, and lends itself very well to a little bit of customisation.

It is this solution that Offimac has been building from the beginning. Because it is also available as from a single user.

Microsoft Dynamics 365 Business Central has been available in 14 countries since 2 April 2018.

These were the first countries in which Business Central itself was available:

Just like your company wants to grow, Microsoft is also looking for growth.

Whereas Dynamics ERP was only available as from three users previously, Dynamics 365 Business Central lowers this threshold to a single user. As a result, many small leasing companies can also start using Business Central leasing management software. And thanks to the recognisability and strengths of Office 365, we will certainly also succeed in gaining a share of the market in that segment.

A new solution with a very bright future

Business Central rental management software is a new product based on a solid historical foundation within both Microsoft and Offimac. So check this site for updates regularly!

Would you like to learn more about what Business Central rental management software can do for your company? Then don’t hesitate to call us or contact us via the contact form below. Because we want to be your partner too!

Extra Offimac modules that can be linked to our rental solution: 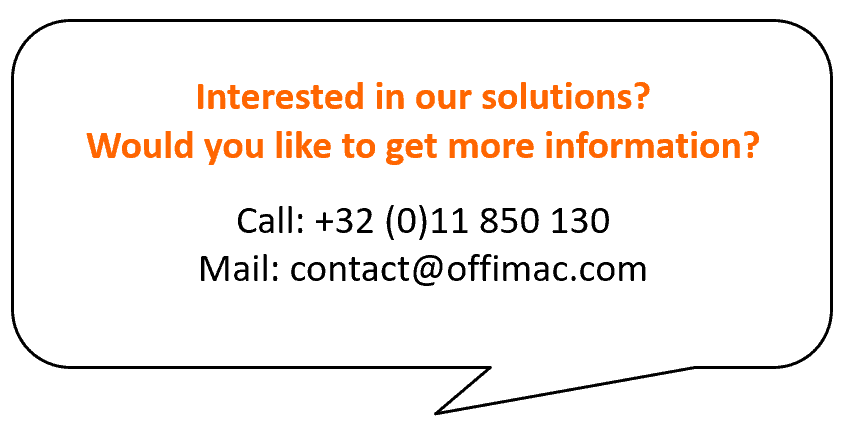